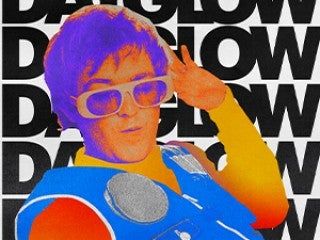 
Be sure to sign up for the Dayglow newsletter at www.dayglowband.com!

To reduce staff contact with guest belongings, we have implemented the following bag policy: we will allow clear plastic, vinyl or PVC tote bags no larger than 12” x 6” x 12” and/or small clutch bags (4.5”x 6.5”). Small clutch bags do NOT have to be clear.

“Then It All Goes Away” is the exuberant new single from Dayglow, the project from Austin-based Sloan Struble. Here we see Struble harmonize over catchy claps, piano and even the cowbell gets a moment. In an era of music when most songs take a team of co-writers and producers to create, Dayglow’s music remains uniquely Sloan’s - crafted solely by him. He reflects “I made "Then It All Goes Away" after coming home from my Fall 2021 North America tour. I started writing the bassline during my morning coffee and I finished the full composition by the end of the day. It felt so fresh and natural to write-I was just having fun honestly. It felt like a year's worth of unconscious ideas all came to the front of my brain at once and just spilled out. I was really just thinking of my fans the whole time making it and imagining "how can I make a Dayglow song that feels so familiar, yet feels like a brand new experience entirely?'

Announced alongside “Then It All Goes Away”, Dayglow’s new album People in Motion continues Struble’s joyous quest to create music that makes people feel good. End to end, these 10 tracks—conceptualized, written, played, and produced by Struble—are delightfully pure, hyper-melodic manifestations of Struble’s desire to steer clear of conflict or drama and offer someone something to love.

But People in Motion isn’t all sunshine and rainbows. There is a depth to Dayglow here, a real
sense that Struble has faced obstacles of his own and chosen to stand atop them. “I make
music because I love making it,” said Struble. “I just love recording and producing.” That is the
inarguable takeaway of People in Motion, a record about finding something you love and singing
about it out loud.

Since Dayglow burst onto the scene, Sloan Struble has toured the globe—selling out his North American headline tour, a slew of UK/EU dates, and has graced festival stages including Lollapalooza, Austin City Limits, Bonnaroo, and Corona Capital. He has appeared on The Tonight Show with Jimmy Fallon, The Late Show with Stephen Colbert, as well as the iconic Austin City Limits on PBS, a highlight for the Austin native.

Fans around the world haven’t just come out for the shows but they’ve listened and streamed
and streamed, more than a billion times in fact. His debut single “Can I Call You Tonight,” from his debut record Fuzzybrain, not only went Platinum but was also 2020’s biggest independent Alternative Hit. The song hit #2 at both US Alternative and Triple A radio. Its official video has become a favorite on YouTube, sparking a wave of fan-made spin offs. Dayglow’s sophomore album Harmony House didn’t disappoint either. With its hard-won and palpable sincerity, it garnered acclaim from Billboard, NPR, Ones to Watch, The Talkhouse, and NME.

The year ahead will see Dayglow continue to reach new highs with a confirmed world tour and
more festival spots including Bonnaroo, Firefly, Outside Lands, Reading & Leeds and more.