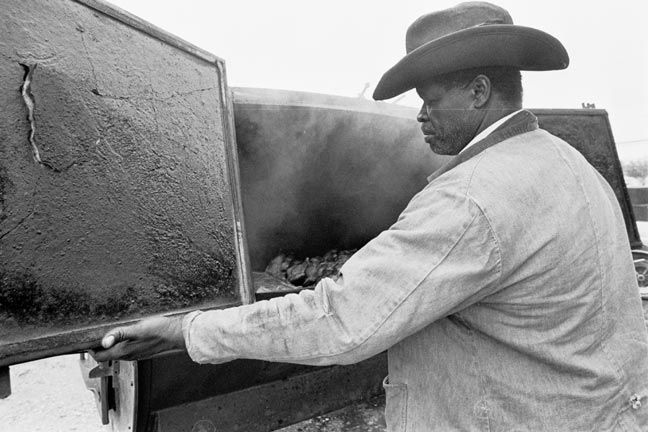 “Stubb” was born Christopher B. Stubblefield in Navasota, Texas, as one of nine sons from parents he describes as “real good cooks.”

In the 1930′s, Stubb’s family moved to Lubbock, Texas to pick cotton, and it was during this time Stubb learned to cook by working in local restaurants and hotels.

Stubb left Lubbock to serve in the Korean War as a staff sergeant in the 96th Field Artillery, the last all-black army infantry, where he was a gunner and a respected leader.

Stubb used this time to perfect his culinary skills by overseeing the preparation of daily meals for as many as 10,000 soldiers.

After he returned, Stubb eventually opened his first restaurant in Lubbock in 1968, across from the county fairgrounds. He made his first barbecue in the hickory pit behind his place and filled the jukebox with vintage blues music.

Although small in size, Stubb’s Restaurant was always filled with good friends, great music and plenty of Stubb’s Legendary Bar-B-Q.

The Lubbock location is now closed but the legend continues here in Austin at 801 Red River. Come on down for some Live Music, Cold Beer and Great Food!

The safety of fans, artists, and staff is always our top priority.

We will be in regular communication with local health and public safety officials and will continue to abide by all guidelines as they are put forth. As each event approaches, ticket holders will receive regular updates with the important information needed to plan their visit to Stubb's, including any changes to policies and procedures they’ll need to know before entering the venue for their event.

Updates will be shared on our website, through our social media channels, and direct to ticket holders via email.

We look forward to seeing you soon!